>Imagine a renewable energy source that you could drive on. This is the basic concept behind Solar Roadways. The project seeks to replace our current asphalt roads with solar panels that are capable of carrying traffic. Not only would the roads generate clean renewable energy, but they would also transmit it. 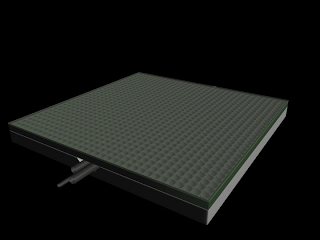 The team hopes these roadways would replace the existing power grid, and also carry phone lines, internet cables, and TV. If all the roads in the U.S. were replaced with solar panels the energy generated would be enough to cover the annual U.S. consumption three times over.

While questions over the concept’s viability remain, the Solar Roadways received a grant from the Federal Highway Administration to build its first prototype in 2009. It is also a participant in GE’s Ecomagination Challenge. You can vote for Solar Roadways here.