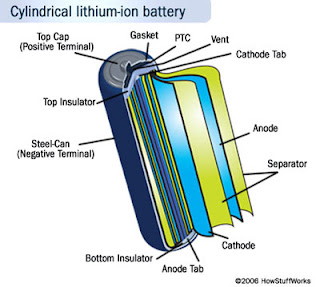 When NASA chemical engineer Eric Darcy was given the chance to work with an organization of his choice for up to a year, he decided to lend his services to a distinctly more grounded field: automobiles. Since January, he has been working with the National Renewable Energy Laboratory (NREL), testing and tweaking the lithium-ion batteries that power most electric cars.

Light-weight and extremely power-dense, lithium-ion batteries have long been favored for commercial products. But with electric-powered cars expected to continue their rise in popularity, the new market calls for increased battery durability. Enter Darcy. During his time at the NREL, he has worked to ensure that these batteries are able to withstand the natural abuse that come from everyday use-the worst-case scenario could be “thermal-runaway” and the chance of fire.

However, Darcy’s term with the NREL is expected not only to deal with these problems but to usher in a whole new era of battery production. Newer, faster, lighter, safer-advancements in battery production have been growing in the past months after a seven-year period of stagnation. IBM, too, has jumped on the bandwagon. Their Battery 500 Project is working with a technology called lithium-air to create a battery that can charge an EV in under 30 minutes and have a range of a remarkable 500 miles. So much for range anxiety.

Though Darcy returns to NASA next month, his work in the field is far from over-lithium-ion is being used to create a more efficient spacesuit battery-pack as well. With the continued emphasis on battery production and the new culture of green interest, safer and more energy-efficient batteries seem inevitable; leading to a significantly reduced national dependency on oil and less money, worry and hassle for drivers.