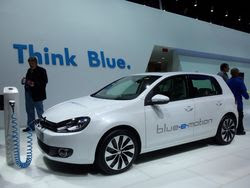 Neither snow nor rain nor delayed flights can keep the automotive world out of Detroit for the North American International Auto Show, which is being held at Cobo Hall through January 23. Press days were held on January 10 and 11. Here are some highlights:

Chevrolet’s game-changing Volt continued its winning streak of Car of the Year awards (it was also named Green Car of the Year at the Los Angeles Auto Show in November). This was the first electric vehicle to be named North American Car of the Year — but judging from all the new electrics, hybrids and alternate fuel concepts on display in Detroit, it won’t be the last.

Read the full article at AskPatty.com