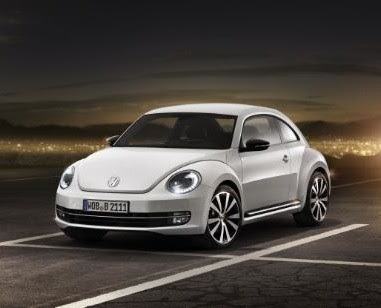 The all-new third generation 2012 VW Beetle is the most sporty and most fuel efficient Beetle ever. And because it is an international icon, it was introduced simultaneously at the New York Auto Show, the Shanghai Auto Show, and in Berlin, just up the Autobahn from VW headquarters in Wolfsburg, Germany.

The 2012 VW Beetle is 3.3 inches wider, 6 inches longer, and one-half inch lower than it’s predecessor, the “New Beetle”, which was introduced in 1998. The shape of the new-new Beetle is recognizable instantly, but it’s been modernized with what VW describes as “a powerful appearance with muscular tension”, which includes an integrated rear spoiler. Actually, it looks closer to the original Beetle, introduced in the 1930s as “the people’s car”, which is the English translation of the German words “volks” and “wagen”.

Read the entire article at:  Examiner.com