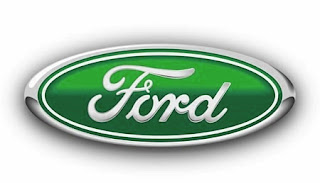 The green news from Ford just keeps on rolling in, and I just had to share this one with you. Ford’s been using a material called EcoLon®, a nylon resin, in its cylinder head covers. What’s so special about that? Well, EcoLon® is made from 100% recycled carpet. They’ve been using the stuff since 2010, and they report that they’ve saved more than 4.1 million pounds of carpet from landfills, the equivalent of nearly 154 football fields (Plush, shag-covered football fields, no less. This I’d like to see).

It also amounted to recycling more than 985,000 yards of carpet and reducing the consumption of more than 430,000 gallons of oil. Once again Ford, you stand up as a leader in Green practices. When are you going to change that logo of yours from blue to green, and be done with it? These amazing non-metal cylinder head covers are manufactured by Dana Holding Corporation, and are used on the 3.0-liter Duratec engine in Ford Fusion and Escape. They can also be found on the 5.0-liter engine, which powers their Mustang and F-150.

Read the entire article at: AskPatty.com