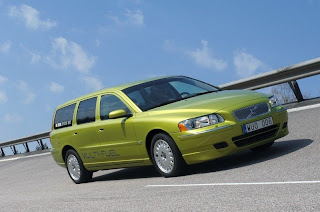 The multi-fuel vehicle is one in a long and sometimes confusing line of iterative “green” solutions to our ongoing problem of crude oil dependence. The market has been flooded with alternative fuel solutions to this issue (hybrid electric vehicles, solar-powered golf carts, Smart Cars, etc.), and like most wary people probably burned by previous “pioneer” purchases (I’m thinking of those pre-DVD laser discs the size of 78 rpm vinyl records back in the 90s), I’m waiting for the best idea to float to the top so I don’t have to decide.
Multi-fuel cars – rather than solving for X, Y or Z – add more variables to the equation. However, this may be a good thing. A marketplace dominated by a single option can lead to price fixing, while several competing product concepts can level the playing field, bringing about a high-tech meritocracy.
But which options have merit in a constantly fluctuating and shifting automotive market? Maybe a product that exhibits flexibility in the face of such uncertainties, such as the five-cylinder Volvo Multi-Fuel vehicle. This high-performance prototype runs on gasoline, natural gas, E85 ethanol, hythane (10% hydrogen and 90% methane) or biomethane with the flick of a switch. An engine control system automatically configures the most efficient fuel mixture to make for a clean-burning and low-emissions car, resulting in improved fuel economy.
Like those giant laser discs that might have been a great idea if they had also worked with Victrola needles, multi- or flex-fuel vehicles, while perhaps not the “best” new thing, seem to be heading toward the latest product trend of cross-functionality and adaptability – showing an almost Darwinian response to a changing and unpredictable alternative fuels climate.