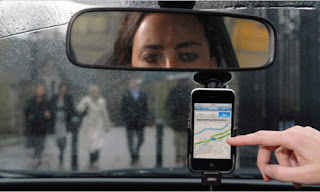 According to the Commuting in America report, more than 70% of Americans drive alone. This means a lone driver has 3-5 wasted seats. If that does not hurt, sky rocketing gas prices, a slowly recovering economy, global climate change, the energy crisis and traffic congestion are enough of a reality bite to make ridesharing a viable option.

Drivers get paid to carpool as much as $1 for the first mile and 80¢ per mile after that. Payments are made not in cash but through credit towards a gas card. For riders it is about half the cost of driving, about the same cost as public transit, and about six times cheaper than taking a taxi. A mandatory background check and five star rating system makes it safe for users. The driver function requires GPS capability. However, Avego’s iPhone ride interface works using even the non-GPS iPhone.

As increasing fuel economy becomes the buzz, companies like Avego make it a reality for governments and individuals alike. Would you take advantage of a service like Avego?