No One Said This Would Be Easy

We’ve seen what happened with the Solyndra scandal, where an unproven technology was granted conditional funding from the federal government only to watch it go bankrupt within a few years. The political scrutiny that followed was enough to start an FBI investigation and ultimately leave potential scars on future federally funded clean energy projects. We’re also in the midst of watching the progress of 5 other companies which the Department of Energy granted loan guarantees going towards Advanced Technology Vehicle Manufacturing (ATVM). Tesla and Fisker are two recipients of the loan guarantees with very promising plug in electric vehicles in the works. However in the wake of the Solyndra collapse, these deals are under increased scrutiny.

One of the underlying goals of the ATVM loans are to create jobs in America. Tesla is using the funding to open a pair of factories in California. Tesla’s sales, presumably with the help of the loan guarantee, have been quite successful with three models under the brand name already on the market today. Tesla is also in partnership with Daimler and Toyota, sharing components to be used in other electric vehicles and helping to collaborate towards innovation throughout the eco friendly car industry.

Fisker has created a niche of their own in the growing electric vehicle industry. Taking on the task of creating the first luxury electric vehicle, the Karma, has proven to be an worthwhile endeavor. The reviews have been extremely enthusiastic about not only the car, but the company as well. The controversy lies within Fisker’s choice to manufacture it’s vehicles in both Delaware and Finland. Using American money to build cars abroad? An outrage to some, but given the fact that the cars are still being designed and sold here, aren’t there other things we should be focusing on? 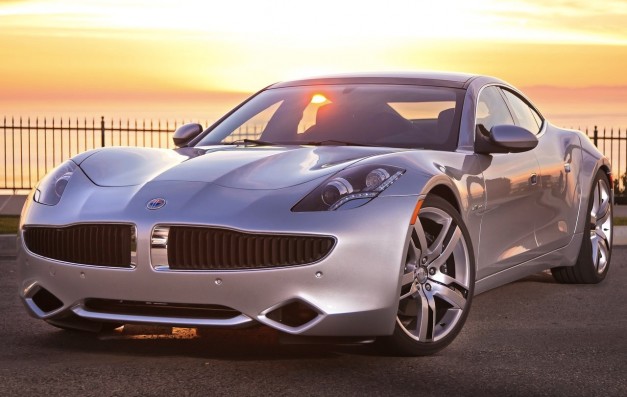 I give the Department of Energy credit for seeing the bigger picture. By giving Fisker the freedom to manufacture their cars in Europe at a lower cost, Fisker was given some financial breathing room to continue working towards making plug in electric vehicles a reality across the U.S. Tesla has made use of it’s loan to not only improve their standing in the U.S. but also with other automakers worldwide. It goes without saying that the Department of Energy is focused on creating jobs here in America, but closing the door to international collaboration in a budding industry is what slows the entire process down.

If Tesla and Fisker are successful, they won’t be remembered for their work abroad, they will instead be hailed as the pioneers of the American electric vehicle industry, bringing to mind such names as Henry Ford or Karl Benz.